Welcome to our self-service ticketing system

We use 'tickets' to manage all our support work.  Once opened, you can track our responses and get updates as they happen.  Whether it's just an enquiry or a call for help, a ticket is the best way to ensure your message gets our attention.

Start here with a new enquiry or support request, or check the status of an existing ticket.

We just need a couple of things to get started:

Just enter your info to do a search. 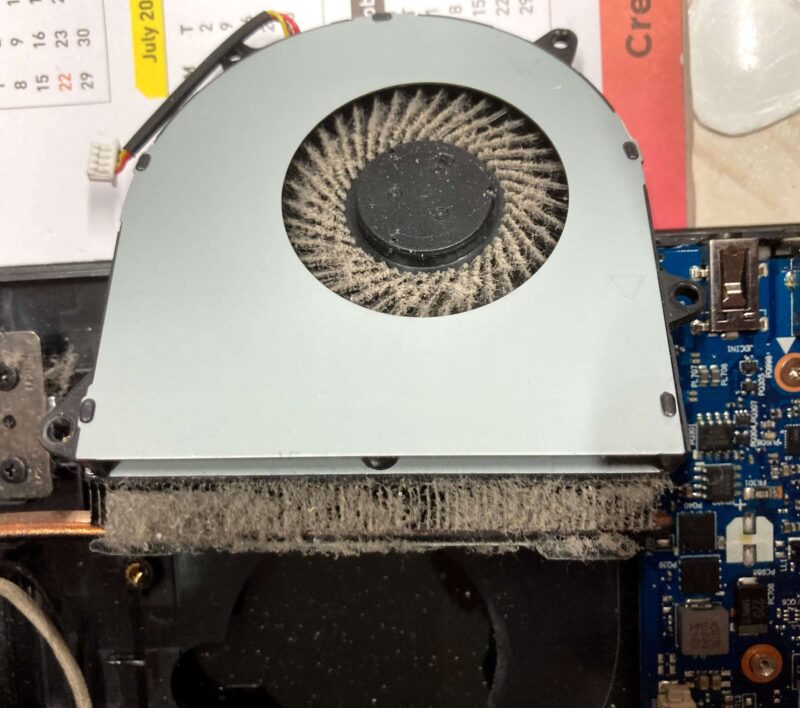 Martin is a Director, Chief Troubleshooter, and Founder of PC-FIXED.  He has worked in the IT industry for over 30 years and likes to explore and develop ideas for the application of the latest technology in everyday lives.

A really common problem with laptop computers is overheating and two of the most frequent causes are easily prevented.

Firstly, it is important to understand that the Central Processing Unit (CPU) inside your laptop computer generates a lot of heat that needs to be dissipated, or else it will fail through thermal breakdown.  This is why most laptops have at least one fan which is spins faster or slower depending on the temperature of the CPU.

Now if you have ever used a laptop on your lap you will probably have noticed it getting warm.  Consequently, a lot of people place a cushion between their lap and laptop to keep comfortable however what they don’t realise is that the cushion can block the air vents used by the fan which then has to work harder.  In turn, this makes it run hotter until eventually, it fails. The answer is to use a laptop tray which allows air to pass under the computer and into the air vents.

The other cause of many breakdowns is the accumulation of dust and debris that clog up the cooling fins of the heatsink inside the computer.  This often happens where the computer is regularly used around soft furnishings typically found in sitting rooms and bedrooms.  It is a good idea to prevent this build-up by using a vacuum cleaner on and around the air vents.  If you can see build-up that won’t move, it’s best to have your computer serviced by a qualified technician before it leads to a more expensive problem.

Both laptop and desktop computers will benefit from some basic home maintenance from time to time.  Keep them clean, blow the dust out of them and check for unusual noises or behaviors.  Slow startups, fan-noise or whining, and disk chattering are all signs that need further investigation – don’t wait until it gets worse!

Lastly don’t forget to back it up.  If you have precious photos, or important files on it make sure you have copies on another device.  USB memory sticks are an inexpensive solution but please make sure they are used only for copies and not as a primary storage device.  Too often I have seen someone transfer all their data onto an external drive or memory stick and then clear down their hard drive, later to have this fail and lose everything.

If you are unsure about your Laptop’s condition or need help and advice regarding backups and security, feel free to call us.  We solve computer problems but we prefer to prevent them!

Speed up your PC or Laptop!

Why not have it upgraded? The latest version of Windows 10 is a great operating…

This site uses Akismet to reduce spam. Learn how your comment data is processed.

PC-FIXED is a trading name of Odba Ltd, Registered in the UK Company Number 10535990
© 2021 PC-FIXED - All Rights Reserved
Back To Top
We use cookies to ensure that we give you the best experience on our website. If you continue to use this site we will assume that you are happy with it.OkPrivacy policy